The store will not work correctly in the case when cookies are disabled.

We use cookies to make your experience better. To comply with the new e-Privacy directive, we need to ask for your consent to set the cookies. Learn more.

Manufacturer: Jinhe
LOG IN TO VIEW DETAIL.
Enjoy 24/7 service to all in-stock products.
View competitive price and inventory.
Looking for QC documents and quotation sheet.
Login
Skip to the end of the images gallery 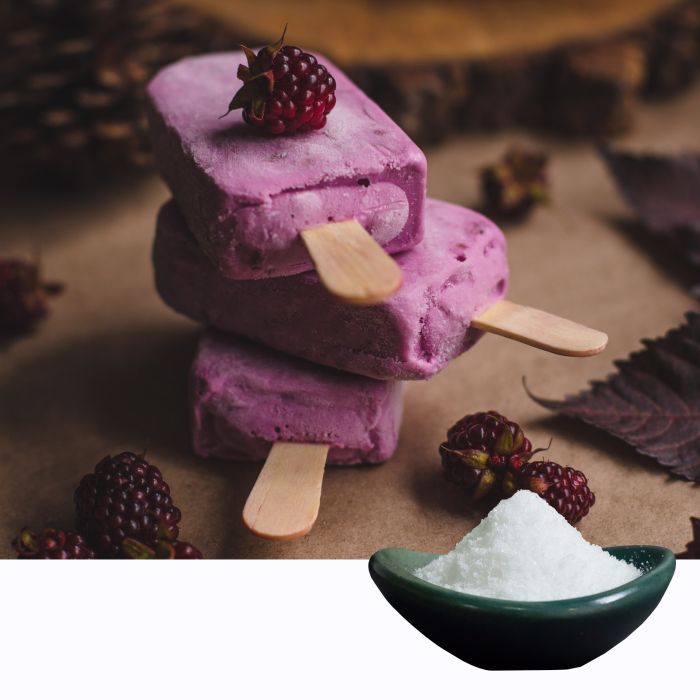 Skip to the beginning of the images gallery
Product Description
Definition: Sucralose is an artificial sweetener and sugar substitute. The majority of ingested sucralose is not broken down by the body, so it is noncaloric. In the European Union, it is also known under the E number E955. It is produced by chlorination of sucrose, selectively replacing three of the hydroxy groups in the C1, C4, and C6 positions to give a 1,6-dichloro-1,6-dideoxyfructose–4-chloro-4-deoxygalactose disaccharide. Sucralose is about 320 to 1,000 times sweeter than sucrose, three times as sweet as both aspartame and acesulfame potassium, and twice as sweet as sodium saccharin.

Application: Sucralose is used in many food and beverage products because it is a no-calorie sweetener, does not promote dental cavities, is safe for consumption by diabetics and nondiabetics, and does not affect insulin levels, although the powdered form of sucralose-based sweetener product Splenda (as most other powdered sucralose products) contains 95% (by volume) bulking agents dextrose and maltodextrin that do affect insulin levels. Sucralose is used as a replacement for, or in combination with, other artificial or natural sweeteners such as aspartame, acesulfame potassium or high-fructose corn syrup. It is used in products such as candy, breakfast bars, coffee pods, and soft drinks. It is also used in canned fruits wherein water and sucralose take the place of much higher calorie corn syrup-based additives. Sucralose mixed with maltodextrin or dextrose (both made from corn) as bulking agents is sold internationally by McNeil Nutritionals under the Splenda brand name. In the United States and Canada, this blend is increasingly found in restaurants, in yellow packets, in contrast to the blue packets commonly used by aspartame and the pink packets used by those containing saccharin sweeteners; in Canada, yellow packets are also associated with the SugarTwin brand of cyclamate sweetener.

Other products from the same supplier...